On December 21, 2012 Marty Leclerc shared his thoughts with Bloomberg…
…read the article

Marty Leclerc was the featured guest on “Countdown to the Closing Bell” with Liz Claman on the Fox Business Network. Below please find a link to one of the segments.
…watch the interview

In early October Marty was interviewed by Vonnie Quinn on the “Hays Advantage” Program. Please click the attached file to listen in…
…listen to the interview

On October 19th, Martin Leclerc, Barrack Yard Advisors was quoted in the Wall Street Journal’s MarketWatch Article, “10 Lessons from the crash of 1987” (Lesson #3) . Below is a link to the article:
…read the article

Marty Leclerc appears with Jennifer Schonberger to discuss the Outlook for the U.S. Economy & Stock Market this Fall. With concerns about American debt levels and Europe in recession, Marty talks about the current malaise and where he sees opportunity.
…watch the interview

Marty Leclerc talks with Alisa Parenti in MarketWatch News Break on how investors are dealing with several uncertainties, and one of the biggest is the looming fiscal cliff.
…listen to the interview

P&G Beats Estimates, But Tough Outlook May Give Ackman Ammo For Change
Forbes 08/03/2012

“…There are lots of risks in the short-term for the market. But the unknown known, if you will, is Iran,” Leclerc said. “The sanctions are working and that is having a negative effect on Iran’s economy. The Mullahs may have to…”
…read more

“…Overall, investors are grappling with an uncertain outlook for Europe and a looming fiscal crisis in the United States, said Martin Leclerc…”
…read more

Stock market hiccup: not so much about health-care decision
The Christian Science Monitor 06/28/2012

Casual Restaurant Stocks Rally Even With Weak U.S. Demand
Bloomberg News 06/20/2012
“…only so-called blue-chip operator in this industry, is selling at a “reasonable valuation,” Leclerc said. “But given the economic environment, there may be better investment opportunities elsewhere.”
…read more

“…We don’t believe this is a ‘Lehman moment’ for the European debt crisis,” says Martin Leclerc…”
…read more 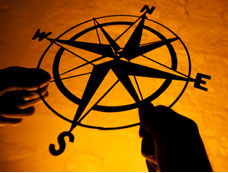